In the 8th novel of the Mudflat Magic series a game player enters an online game in search of a gold crown and disappears from Seattle. Xavier is now unable to leave the game, possibly caught forever in a magical world unless he can find his way back to the real world.

MOST BOOKS ARE ON MOST SITES

If your favorite site isn't shown here, go to the site and look for the book you want to see by title.

Mudflat is a neighborhood of families who have magic in their genes. It is passed down randomly. A few residents have strong magic, many have minor magic, and some have no magic at all. 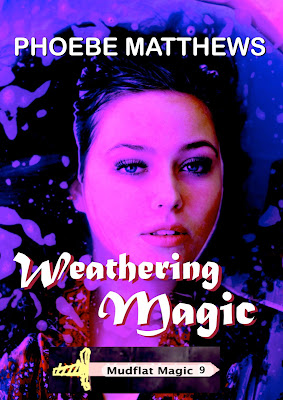 “How long has John worked at the pawn shop?” Tarvik asked me when we were driving home.
“Several years. I’m not sure. The Deckos own it and John manages it and does all the work. Darryl bought it as an investment and has Rock listed as a partner. It would never occur to him to actually work in a shop himself.”
“Will John be able to work tomorrow, do you think?”
“He might get sick leave. Sounds like he ought to use it and stay home for a day or two.”
We watched the news for reports of the robbery but there weren’t any. Right. Nobody got killed and a pawn shop isn’t in the Nordstrom class.
============================
Go to https://mudflattoyboy.blogspot.com to read Chapter 2.